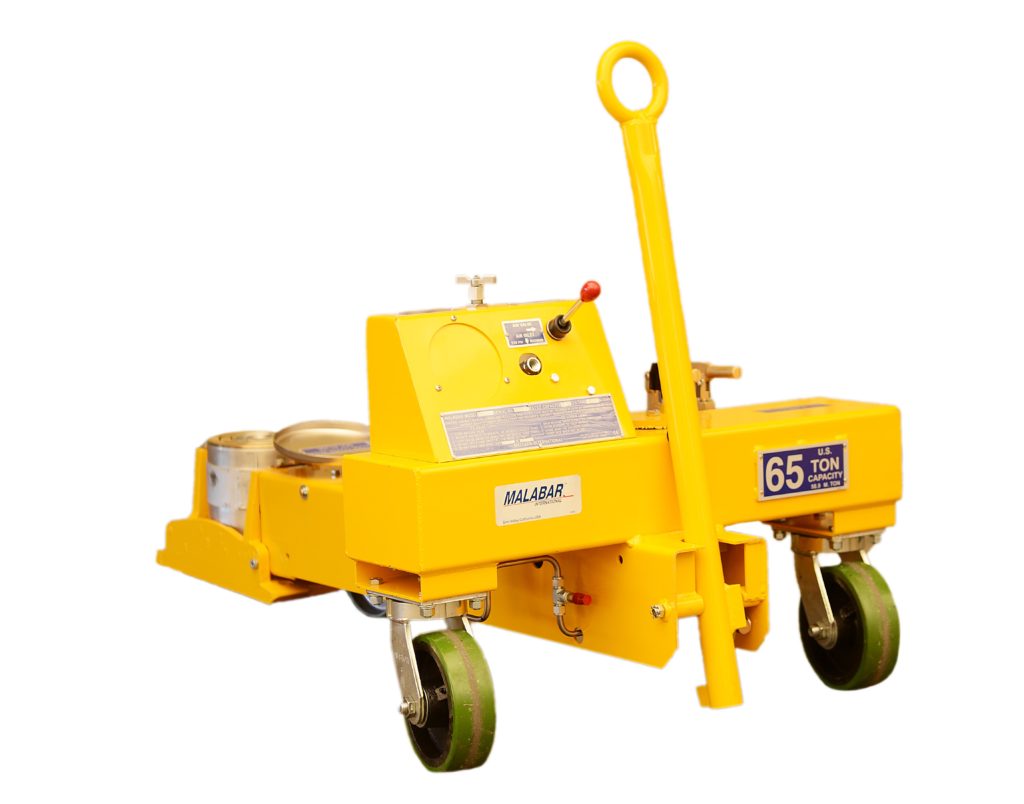 The Malabar Model 8900 Floating Auto-Retract Axle Jack is a 65 ton capacity, two stage hydraulic jack designed primarily for use in jacking the main and/or nose landing gear of various aircraft. The jack consists of a two stage cylinder assembly mounted on a spherical bearing (this bearing allows the jack ship adapter to follow the arc of the aircraft jack point, thus greatly reducing the stress on the jack’s cylinder assembly as well as the aircraft axle and strut), base assembly, frame/reservoir assembly, valve block assembly, hand pump assembly and control console.

Model 8900 is built to withstand harsh environmental conditions, rugged use and to provide many years of continuous service. Our customers are guaranteed a quality product with each purchase and are assured of our continued product support whenever and wherever the need arises.